Control termux remotely from a computer

This guide is intended to be included on other articles as an alternative to typing in all those commands on a termux terminal, since Android keyboards are not the most confortable and complete with all the symbols and characters required. Make sure that your Android device and your computer are both connected to the same router.

END_OF_DOCUMENT_TOKEN_TO_BE_REPLACED 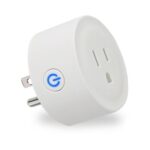 Tuya smart devices are cheap, easy to get and they just work. A lot of different brands follow their protocols and design their own apps that look a lot like Tuya’s own application.

One of theese many apps, that I personally use is Smart Life. Tuya smart apps keep a lot of security under their hoods, but some older versions are a bit less secure.

END_OF_DOCUMENT_TOKEN_TO_BE_REPLACED

Android notifications from a Java server 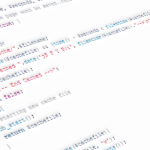 With the following script, youll be able to send push notifications to Android devices from a Java server, without implementing any of the Firebase frameworks to keep your server tidy and less cluttered.

END_OF_DOCUMENT_TOKEN_TO_BE_REPLACED 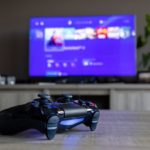 This guide will walk you through to the steps to setup an Android device to be able to invoke ps4-waker through tasker in a rooted or non rooted device.

PS4-Walker is a NodeJS program developed by Daniel Leong that allows you to command your PS4 from another device.

It is probably easier to setup a Respberry Pi since it can run Linux natively (there are guides out there of how-to), but this guide will show you to work it out without a Raspberry, by giving a new use to an old spare Android device or with your current Android TV box, plus, how to setup programs to hook it up with your Google Home or Google Assistant (and probably to Alexa aswell).

It takes several steps so ill try to be as clear as possible how this can be done. At the end, youll be able to “Ok Google, turn ps4 on” or “Ok Google, start Youtube”.

END_OF_DOCUMENT_TOKEN_TO_BE_REPLACED 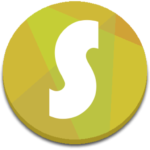 SMS Money Widget checks the incoming SMS from your bank or credit card issuer in order update a widget in your home screen with your current expenses in a monthly basis. Please allow the app to read your SMS and add the widget to your home screen for this purpose.

Get it on Google Play

How to use an existing iOS project to start a new one (renaming) [XCode 8.1]

So after I spend a bunch of time trying to make it work.. here’s how for future reference and in case anyone else is struggling..

END_OF_DOCUMENT_TOKEN_TO_BE_REPLACED

Needing to work in a collaborative android project would require some version control and project sharing. Most of the time this happens within a local network at the office. Git offers various methods to do this, being using github the most common one, but if you feel like you don’t want to share your work with the wold, or you don’t want to be paying for a private membership, or simply the online thing is not the right approach, or you like instant pulling and pushing, or you don’t want a headache messing with SSH and windows services, you could do this within your already working network, skipping the need of any service setup or online service registration.

END_OF_DOCUMENT_TOKEN_TO_BE_REPLACED

Step by Step guide to upload your LibGDX iOS project on Eclipse to the App Store.

Uploading projects to the app store can be a pain, specially if you’re new to it and you are using something other than xCode… Id like to share a step by step script I made, and also keep it handy for the next time i need it right here.

END_OF_DOCUMENT_TOKEN_TO_BE_REPLACED 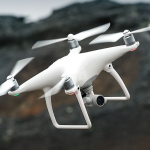 Here is a comparison table about what is new with the Phantom 4 differs with its immediate predecesor, the Phantom 3 Pro. Its amazing new capabilities surely places it once again on the top of the list of must have gadgets.

END_OF_DOCUMENT_TOKEN_TO_BE_REPLACED

Phantom 4 to be unveiled tomorrow 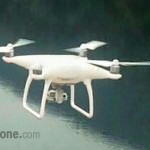 DJI will present to the world the new Phantom 4 tomorrow March 1 at 11:40 am EST. A week ago a teaser video was published on Youtube by the drone manufacturer. Keep reading for what we speculatively know about the new features.